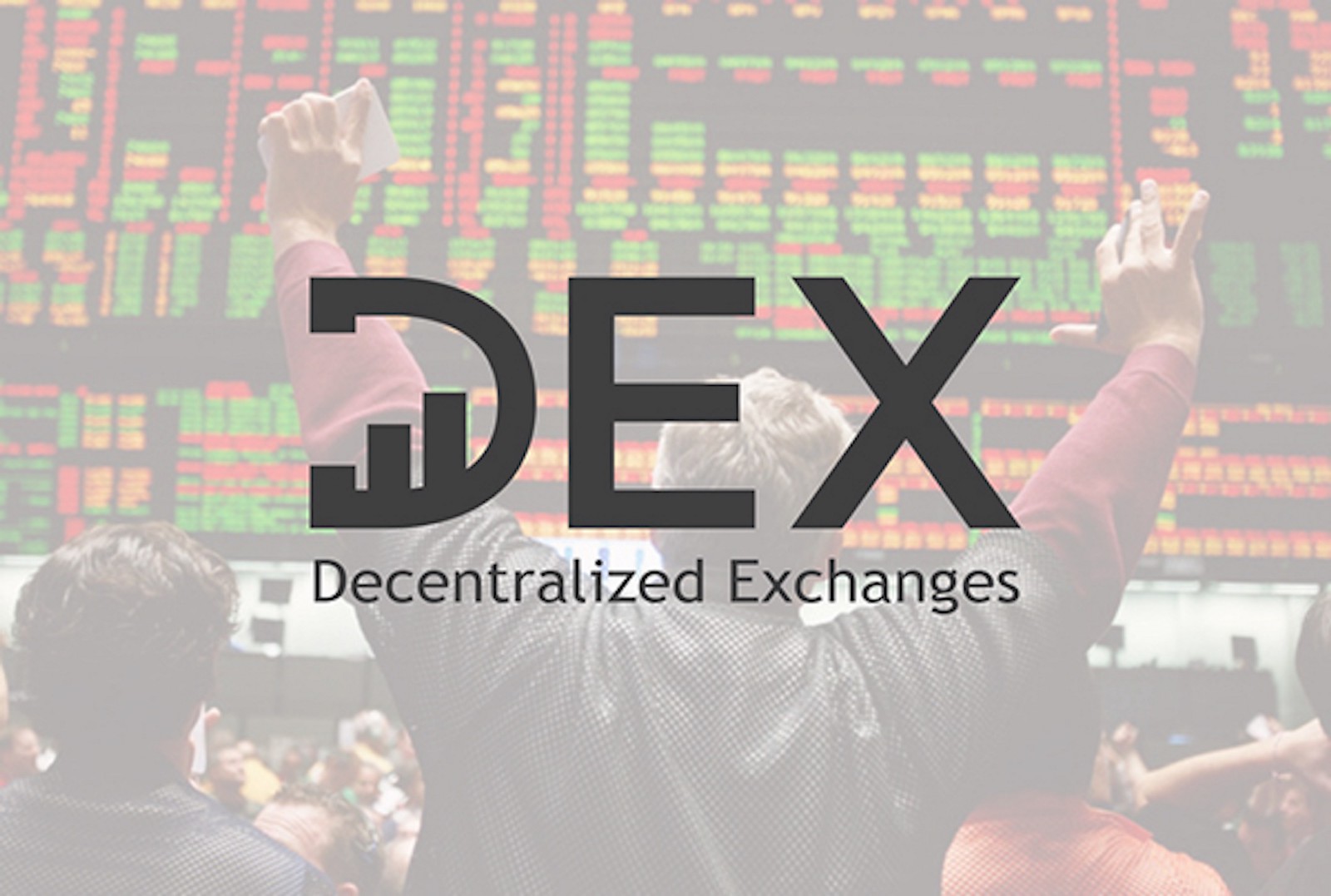 So you’ve tried centralized cryptocurrency exchanges like Coinbase and Binance, and now you’re looking to branch out further. Have you considered trying a decentralized exchange?

Otherwise known as a DEX, a decentralized exchange makes it so you can make trades peer-to-peer (P2P) without ever having to entrust your digital assets to a third party service. Because as the cryptoverse has seen time and time again over the past several years, such third party services can be hacked or implode into oblivion, losing users’ investments in droves. Alas, the promise of trustless decentralized exchanges is taking the middleman out of the picture altogether thanks to automation.

Multi-signature escrow measures and proxy tokens are but a few of the ways such trustlessness is achieved.

And to bring you even further up to speed, we’ll walk you through some of the more popular DEXs in the space and some of the things that are on the horizon for decentralized trading in the months and years ahead.

Powered by Atomic Swaps.” is how Altcoin.io bills itself, a new decentralized exchange which is due to launch this year, you can signup now for your atomic swap wallet and to be notified when it goes live. Atomic swaps are something we covered recently and are opening up a whole new world of cryptocurrency exchanges with no middle-man required.

Shapeshift is arguably the most popular DEX there is, available to traders everywhere in the world except in New York state and the so-called “Hermit Kingdom,” North Korea. When using this particular decentralized exchange, you can choose between basic “quick” trades or more fine-tuned “precise” trades.

Their coin and token selections varies from week to week as liquidity comes and goes.

For the most part, though, they are usually stocked on all the top crypto projects. Moreover, they continuously list new ones as new projects gain liquidity.

Send your desired digital assets in, have the crypto of your choice sent back in return.

Changelly is another one of the more popular DEXs in the cryptocurrency ecosystem. Changelly’s automated system is interesting, in that it aggregrates the prices of digital assets from different exchanges and then lists the average as the going rate for traders on the platform. Another notable aspect to Changelly?

Their fee model is straigthforward: they charge a flat-fee rate of 0.5 percent on every trade they facilitate. This fee remains the same across all the cryptocurrencies Changelly has liquidity for.

Even cooler, Changelly has merchant APIs that lets websites facilitate crypto trades through an easy to use widget.

During launch back in April of 2017, the Waves cryptocurrency platform announced the creation of the Waves DEX as part of their initiative to reverse “Decentralized blockchain tokens … being traded on very centralized exchanges.” The Waves DEX gives you the advantages of a centralized exchange with none of the risks; that’s because “order matching is done in a centralized manner … in layman’s terms — there’s a server which matches incoming orders, but has no access to your funds.”

This way in using the Waves exchange, you can have your cake and eat it too: the security and privacy provided by decentralization imbued with the rapidity provided by a centralized server.

*Word of caution: EtherDelta was recently acutely compromised, so just be sure to triple check social media out of habit going forward before transacting through the DEX. With that being said, EtherDelta has its place, as some users flock there to get Ethereum-based ERC20 tokens that haven’t been listed elsewhere yet.

What is Decentralized Exchanges: A Comprehensive Guide!

For instance, in recent weeks EtherDelta has had new tokens trading on the exchange immediately post-ICO, helping to establish the very first markets for said tokens.

Accordingly, it’s definitely a DEX to keep an eye on going forward.

IDEX, otherwise known as the “Decentralized Ethereum Asset Exchange, is an upstart in the field of DEXs that’s been gaining positive attention lately. Like EtherDelta, IDEX is focused exclusively on the P2P trading of ERC20 tokens.

You have to deposit coins on the exchange as well, which is also like EtherDelta but unlike other DEX services like Changelly and Shapeshift.

In this sense, IDEX looks and feels like a traditional exchange.

At press time, IDEX had just passed the $1,000,000 USD daily trading volume milestone. It’s a good sign as far as adoption goes, suggesting the exchange could grow considerably in the coming months.

Powered by the BitShares blockchain, the BitShares Asset Exchange is another decentralized cryptocurrency exchange with lofty specs, as the platform’s frontpage notes that exchange “can handle the trading volume of the NASDAQ, while settling orders the second you submit them.” On a similar note, the OpenLedger DEX is also built atop the BitShares blockchain.

It’s in the business of letting users use SmartCoins to withdraw “directly to cash via OpenLedger all-in-one debit card or money transfer, with Ripple and Paypal options to be added [soon].” With OpenLedger, you can have an “account” or “accounts” like mainstream institutions.

The Counterparty DEX works with the Bitcoin blockchain to facilitate decentralized, P2P trading of cryptocurrencies.

Counterparty itself is billed as a “financial platform,” and the platform’s DEX is a natural extension of its mission to create an ecosystem of P2P applications atop bitcoin. If you hear others talk about “tokenization,” it’s platform’s like Counterparty’s decentralized exchange that will help turn this trend into a social zeitgeist.

When conducting a P2P trade on Counterparty, two relevant orders are coordinated by the given protocol.

CryptoBridge has a really unique dynamic as far as DEXs go.

That’s because BridgeCoin owners are incentivized by being rewarded in a whopping cut of the Cryptobridge exchange’s trading fees.

“50% of all profits from the decentralized exchange are distributed to BridgeCoin owners.

Cryptocurrency decentralization explained - what are the pros and cons

BridgeCoin is a scrypt-compatible coin that was created in July 2017 in order to finance the development of the decentralized exchange.”

And security is sound with CryptoBridge, as traders remain in control of their private keys at all times. At no point during any phase of use do CryptoBridge employees have access to your money.

While all decentralized exchanges are private, Bisq goes all-in when it comes to branding itself as being privacy-orientated. “Bisq is for those who do not want to forfeit control or privacy to a central authority in order to trade with other individuals.

We regard financial transactions as a form of private speech that should be protected from surveillance by banks, governments, and other institutions.”

And with an aesthetic interface, traders will like what they see with Bisq. Whether this DEX is more of the same or offers a fresh experience will be for you to decide.

You can only interface with the Oasis DEX through a MetaMask extension account, or through using python, solidity, or web3, so you won’t just be able to pop on and start trading.

Some legwork is required.

The project explains itself as a “a liquidity pool on the Ethereum blockchain. [Oasis’ native] Simple Market and Matching Market smart contracts provide for the trustless atomic exchange of ERC20 tokens without third party counter-risk.”

The Oasis DEX joins a growing trend on exchanges that are catering specifically to facilitating trades between Ethereum-based ERC20 tokens.

Making use of the so-called “Swap protocol,” AirSwap is like Oasis and others in that it focuses on facilitating ERC20 trades.

At this rate, Ethereum’s going to need to scale, fast.

Anywho, AirSwap offers an optimized experience for traders, in that the AirSwap website explains that “Many existing exchange designs suffer front-running and race conditions.

AirSwap was built with fairness in mind and sidesteps these issues.”

At this point, then, the business of DEXs focused on ERC20 tokens is seemingly becoming a bit saturated.

Get the Latest from CoinDesk

That’s capitalism for you, but AirSwap will need to deliver on its promises quickly if it’s to gain serious ground on its competitors. And the project can definitely do that with backing from the likes of blockchain gurus ConsenSys.

Kyber Network is aiming to be the “next generation of decentralized exchanges.” It’s an ERC20 DEX that’s already live on the Ropsten testnet of Ethereum.

The network will use smart contracts to facilitate trades. Then there’s the Bancor protocol.

Bancor is going to be another platform upon which user-generated tokens can be traded, so it’s another decentralized exchange project to keep a close eye on as it makes further developments in the weeks ahead.

One thing is clear: tokens are certainly in vogue right now.

Project 0x stands to be a game changer when it comes to decentralized exchanges in the future. That’s because Project 0x is a permissionless protocol that allows for developers to build their own decentralized exchanges for the swapping of tokens.

In this sense, it isn’t unreasonable to think ZRX is going to help DEXs proliferate.

How will it work?

Decentralization meaning in the crypto sphere

“Relayers” will be responsible for hosting off-chain order books. These relayers will get paid in the ERC20 ZRX token.

ZRX will be crucial, then, as it will be used to manage governance and fees on the 0x protocol.

And another promising factor for Project 0x is that one of the project’s advisers is former Coinbase employee and current Polychain Capital wunderkind Carlson Olaf-Wee.

So as a generator of DEXs, the whole Project0x ecosystem could really explode in popularity in the future. Again, it all depends on if Ethereum will be able to scale properly in due time.

There’s no reason to think Ethereum will run up against a wall when it comes to scaling, but projects could jump ship before then. It’s not looking that way for now, though.

Atomic swaps are commonly dubbed as the “future of crypto trading.” And while atomic swaps aren’t DEXs themselves, they can enable DEXs to perform even more efficiently than they do now.

Such swaps allow users to use hash functions to instantly swap compatible cryptocurrencies between blockchains.

We mentioned earlier how DEXs are DEXs because they rely on automated systems. 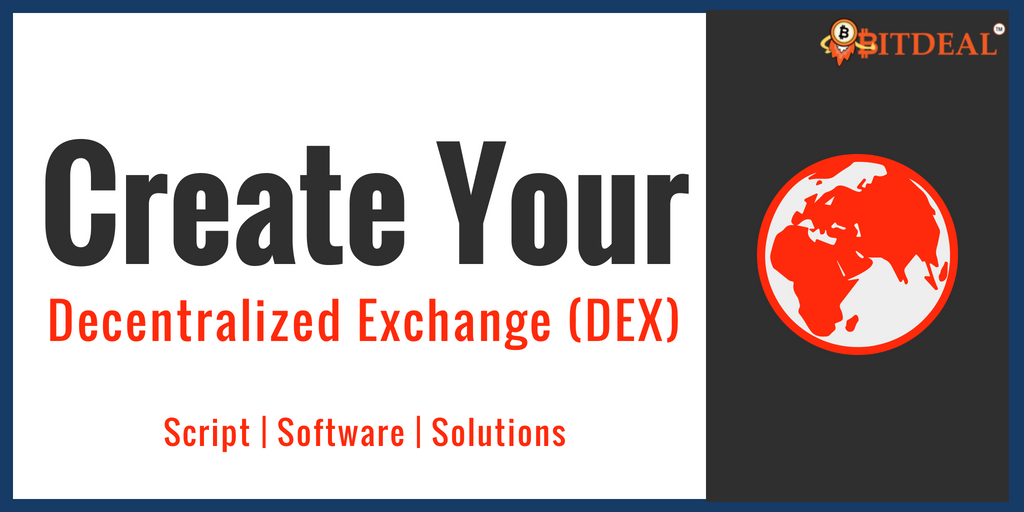 Well, in the future, the automation in decentralized exchanges may rely on atomic swap technology.

If you’d like to find out more about the mind-bending implications of atomic swaps, check out our deeper guide on the tech here.

You have to keep in mind that with DEXs, they have their pros and cons just like anything else. For one, decentralized exchanges face issues like:

But for many people, these issues aren’t encountered or don’t pose a problem.

And as these DEXs get better and better, so too will more and more traders turn to decentralized exchanges for the perks and advantages that centralized firms can’t offer.

Trustless transactions are a big deal in the cryptoverse, and they will be even bigger deals in the future.

These DEXs are what the future of human commerce looks like, and the neatest part of all is that we have the opportunity to “get in at the ground floor” and try them out before cryptocurrencies really go mainstream.

Next time you get the trading itch, consider trying out a decentralized exchange like Changelly or Shapeshift rather than your regular, centralized go-to.

It’s worth getting the hang of a DEX, and you might just find that you like its dynamic more than what you’re traditionally used to. Mitigated hacking risks and increased privacy are always nice, right.

Peaster is a professional writer and editor who specializes in the Bitcoin, Ethereum, and Dai beats in the cryptoeconomy. Has appeared in Blockonomi, Binance Academy, Bitsonline, and more. Enjoys tracking smart contracts, DAOs, dApps, and the Lightning Network. Learning Solidity. Contact [email protected]