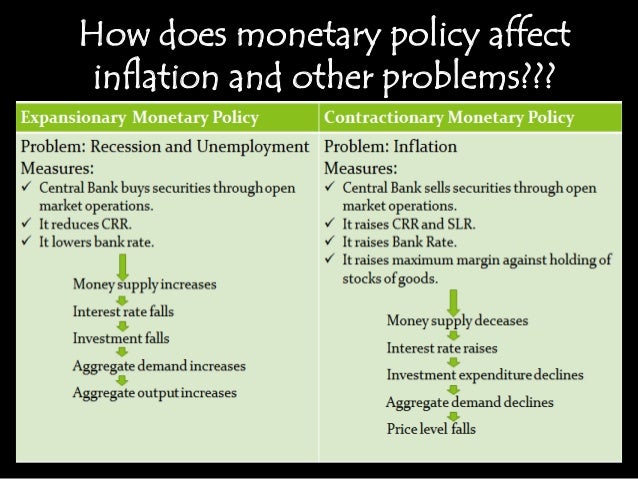 Bitcoin’s continued market and cultural presence prompts many to ask questions about how cryptocurrencies may affect the undertaking of established monetary policy. Some worry that distributed digital currencies may undermine the ability of central banks to manage national economic policy goals.

On the other end of the spectrum, some suggest that central banks may actually be aided by issuing their own national cryptocurrency. This backgrounder will explain why neither of these outcomes are likely, at least in the near future.

Does Bitcoin pose any threat to the Federal Reserve’s ability to conduct monetary policy?

Many people believe that cryptocurrencies like Bitcoin can co-exist within the current monetary system, whether individuals purchase units as an alternative kind of investment or for their targeted technological applications.

But others fear that if cryptocurrencies are adopted on a wide enough scale, it could have a negative externality, or spillover effect, on the economy as a whole in the form of monetary instability.

It should first be pointed out that cryptocurrencies currently constitute a miniscule fraction of the world’s financial assets.

Perhaps this may change in the future, which could indeed affect the menu of options available to central bankers in certain economic situations, as we will soon discuss.

But the world’s monetary managers can for the present breathe a sigh of relief that their day-to-day operations will hardly be hindered by the existence of cryptocurrency.

A good example of the argument that Bitcoin will thwart monetary mechanisms was put forth by a vice chair of the U.S.

Federal Reserve Bank, Randal Quarles, at a financial conference in 2017. Quarles explained, “While these digital currencies may not pose major concerns at their current levels of use, more serious financial stability issues may result if they achieve wide-scale usage.” His comments specifically concern the Fed’s range of remedies in the case of a crisis situation.

He argues that the existence of an alternative asset like Bitcoin during times of economic adversity may frustrate efforts to stem price and credit risk because the exchange rate for the US dollar may become unstable.

But this argument could be applied to any kind of asset that may become an attractive alternative to the dollar in the event of a financial crisis.

Yet no serious policymaker today would suggest limiting the exchange of, say, gold because of the scenario that Quarles outlined. The only difference between existing assets like gold and cryptocurrencies in an emergency event is perhaps that cryptocurrency may be easier for people of all economic backgrounds to hold.

This property is arguably one of cryptocurrency’s chief virtues in the case of countries that exhibit poor monetary management.

Individuals who have the misfortune to live in a nation that irresponsibly manages its money supply have traditionally lacked accessible forms of protection or escape from periods of extreme inflation and all of the ills that come with it.

Consider the case of Venezuela, where monetary mismanagement has brought misery and insecurity to its people. In the past, Venezuelans would have had very few options through which to attempt to save some kind of value.

And those options would have been unevenly distributed, with wealthier individuals more able to protect their assets than those in the lower classes.

Today, many Venezuelans of all classes turn to Bitcoin and other cryptocurrencies to protect themselves against the ravages of extreme inflation and bad governance.

The International Monetary Fund (IMF) reports that prices in Venezuela may skyrocket by an astounding 14,000 percent in 2018. Venezuela has already suffered major shortages in critical household goods, and public protest against government policies has grown to sometimes violent levels.

In this kind of economic climate, cryptocurrencies can be a godsend to families that need a more stable store of value.

The Venezuelan government has unsurprisingly attempted to crack down on cryptocurrency activity within its borders, most recently seizing mining equipment that people try to take into the country.

In a somewhat tragicomical move, the Venezuelan government has changed tactics to try to trick their citizens into purchasing a state-controlled and ostensibly oil-backed “Petrocoin,” which is not a real cryptocurrency at all but a mostly worthless decoy.

But this has done little to stem the surge of true cryptocurrency activity undertaken by Venezuelans to protect their financial assets.

In this kind of situation, it is a very good thing that Bitcoin has undermined the Venezuelan central bank’s authority to wreak havoc on its citizens.

Fortunately, many people do not live in a monetarily backwards country like Venezuela. But Venezuela was not always this way. The existence of cryptocurrencies as an alternative safe haven during times of financial crisis may prompt central banks to behave in a more responsible way than they otherwise would.

Responsible central bankers should therefore welcome the flourishing of cryptocurrencies as a way to bind their institutions to the mast of prudent monetary policy.

Should central banks just issue their own cryptocurrencies?

Not all central banks have been immediately antagonistic toward cryptocurrencies.

There is a diversity of opinions even within the Fed, and the leaders of several central banks have commissioned research and formed exploratory committees to determine how their institutions can best leverage these much-discussed technologies.

These officials recognize that cryptocurrencies can serve a very similar function to cash; that is, as a semi-anonymous medium of exchange accessible not only to banks but to the population as a whole.

The digital nature of cryptocurrencies is attractive because it may be cheaper and easier to manage than a cash system.

Some central banks have gone as far as to consider launching their own cryptocurrencies as a substitute or even replacement for their current money base.

The governor of the Bank of England has publicly expressed interest in the idea of a cryptocurrency backed by a central bank, with the caveat that such a possibility would be quite a ways off in the future.

Sweden’s Riksbank, meanwhile, is actively pursuing an “e-krona” cryptocurrency that could be launched within the next decade.

While it is laudable that these officials are keeping an open mind with regards to the promise of distributed digital currencies, they will likely find that these projects simply do not meet the requirements that they hold for a central bank-created monetary base.

The monetary supply of a distributed cryptocurrency with a public ledger, such as Bitcoin, cannot be controlled by any one party.

Rather, it is “mined” at a predictable rate, as coded into that project’s protocol, by the miners that run and maintain the network. A central bank that is used to tightening or loosening the money supply in response to changing economic conditions will be quite frustrated to find that their official cryptocurrency is rigid to their policy needs.

(Indeed, this monetary rigidity is the source of much theoretical economic debate within the cryptocurrency community, with some offering suggestions for digital currencies that change the rate of supply in response to certain economic targets.)

Central bankers interested in adopting cryptocurrency technology may instead decide to issue a digital currency whose monetary issue is centralized in the hands of the bank.

Yet this is not really a cryptocurrency, merely a kind of e-currency.

This may yield the benefits of lower costs and increased access, but it does not ensure the kind of censorship-resistance and increased privacy that cryptocurrencies offer.

Furthermore, it would require central bankers to significantly increase their security prowess, as such an undertaking would prove irresistible to cybercriminals.

One element of cryptocurrency technology that central banks are already experimenting with to some success is the distributed ledger technology at its heart.

Rather than adopting cryptocurrencies wholesale as a new kind of official money, the Bank of Canada and Monetary Authority of Singapore are simulating real-time gross settlement systems using a blockchain-like structure. While these projects are only in their early phases, they may yield useful tools for forward-looking central banks.

It is also possible that central banks may decide to buy and hold existing cryptocurrencies as a part of their reserves just as they do for gold and other assets.

If Bitcoin and other leading cryptocurrencies achieve a significant enough level of value and stability, bankers may find it prudent to add it to their portfolio of assets.

Some have gone so far as to suggest that Bitcoin’s properties as money are such an improvement over the current system that it central banks may switch over to a Bitcoin-based reserve system entirely, echoing the former global gold system.

Cryptocurrencies hold much promise to expand the range of monetary options available to all classes of people and secure a degree of security and liberty not offered by some of the world’s government-backed currencies.

They currently exist in a small and experimental corner of the world’s financial markets, and are therefore unable to restrain central bank’s monetary policy levers.

But they do provide a needed escape for individuals living in desperate economic situations. It is laudable that a few central banks are showing interest in using cryptocurrency technology to update their monetary administration. Still, it is unlikely that a central bank will adopt a state-backed distributed digital currency wholesale because it would fully remove their ability to manage the national money supply.

It is more likely that central banks will experiment with distributed ledger technologies to aid in settlement services, or even begin buying existing distributed cryptocurrencies as a part of their reserve portfolio.

She is a coauthor of Liberalism and Cronyism: Two Rival Political and Economic Systems with Randall G. Holcombe and Bitcoin: A Primer for Policymakers with Jerry Brito. O'Sullivan received her BS in economics and political science from Florida State University.