Emilia Clarke stopped reading about “Game of Thrones” online years ago, so she’s completely in the dark about what fans are saying about the show’s final few episodes. She hasn’t heard the speculation that Daenerys Targaryen will become the Mad Queen. She’s unaware that critics are belittling Dany’s battle tactics and that people are a little queasy about the whole aunt-nephew incest thing between Daenerys and Jon Snow.

But the stray, disposable coffee cup that somehow found its way into a feast scene in Sunday night’s episode?

That she’s heard about.

What Clarke hadn’t heard was that Liam Cunningham, a.k.a. 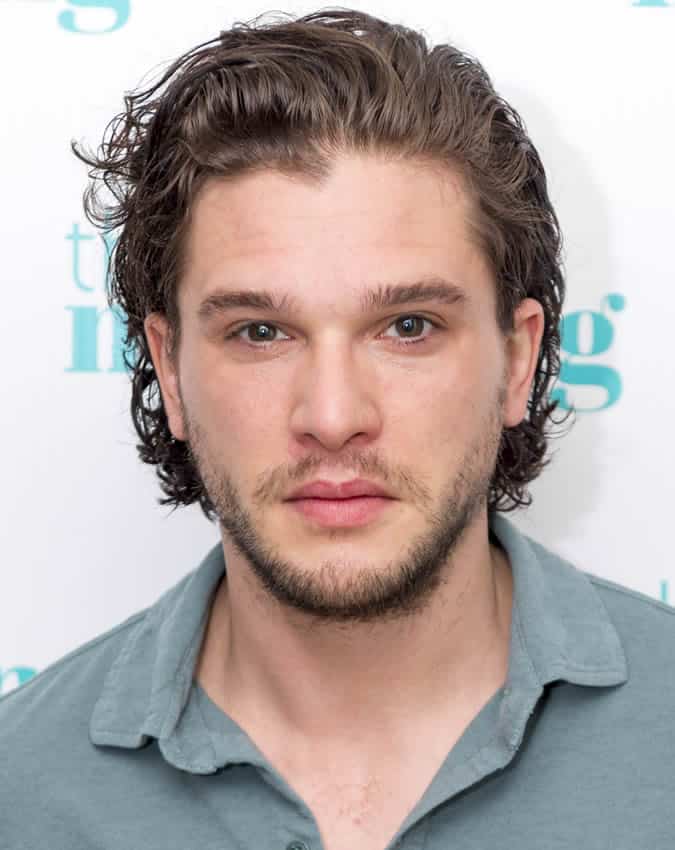 the Onion Knight, had gone on “Conan” last night, bearing a gift for the show’s host — a Starbucks coffee cup — and blaming Clarke for the snafu, saying, “Emilia probably drinks too much coffee.”

“What a bastard!” Clarke told The Times, laughing. “I don’t even drink Starbucks.

I have no idea whose it was. Liam’s a cheeky one.

The funny thing is in Belfast, there is no craft coffee selling Starbucks. Unless we’ve got the Americans in, some hotshot producer, and then we’ll have Starbucks lying around.”

Less than 48 hours after the episode, “The Last of the Starks,” aired, HBO digitally removed the cup from the scene on the network’s streaming platform. But not before Starbucks received an estimated $2.3 billion in free advertising from the mistake — all for a cup that apparently did not come from the ubiquitous coffee chain in the first place.

But then Clarke could have told you that.

“You’ve never seen a ‘Game of Thrones’ cast member with a Starbucks in their hand because we don’t get them,” she said. “We don’t get to be like, ‘Yo, somebody go out and get me a mocha choco latte.’ I’ve never had Starbucks.”

Besides, like any good Brit, Clarke’s beverage of choice is a cuppa, and she never takes the teabag out, letting it stew.

“My house is just littered with teas everywhere,” she said, pausing, still thinking about Cunningham’s accusation.